Trigger warning/content: This post contains graphic description of electroshock, murder, torture, and abuse towards autistic individuals.  Please be advised before reading that this post contains instances of horrific treatment that if you do not think you can stand to hear about, do not read any further. 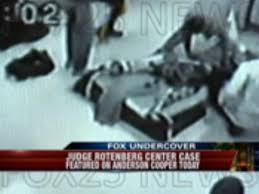 The Submission Form for ASDay 2019 is now up! Please follow this link.

If you have phobias, PTSD or are triggered by subjects, please see the Content Filter Lists page above to access safe options. If there is content that you feel needs to be under a Trigger Warning, please don't hesitate to inform us; we want ASDay to be as safe as possible for everyone.