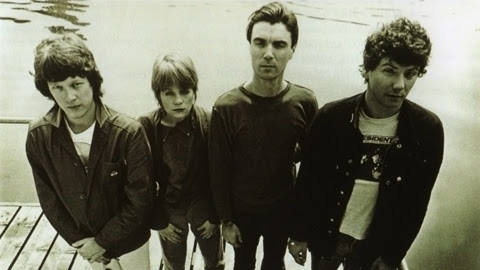 Here’s a review I wrote for Amazon (here).
I was surprised to see so many negative reviews of this book. What’s not to like? At one point Lethem remarks that his identification with Fear of Music as a teenager was so strong that you could have placed the album where his head was and it would have adequately represented his inner self. If you haven’t ever felt that way about an album, book, or movie, this isn’t a book you should read. Lethem isn’t doing standard music criticism or cultural analysis—thank God, who needs more of that?—he’s exploring the strange liminal zone between his own psyche and a rock album that got so deep under his skin (like Byrne’s air) that it had a hand in forming it (his psyche).
But then, some people don’t know shit about the air.
For Lethem writing this book, everything seems to be up in the air. That’s the point. Lethem can’t tell where Fear of Music ends and he begins, or vice versa, and the reader isn’t supposed to know either. And it comes directly from his heart to you. What Lethem can do as well as any music writer I’ve ever read, however (as he also showed in his novel You Don’t Love Me Yet), is describe musical progressions and effects in coherent language that somehow captures the essence of music and meaning, that merges forms, creates prose that sings the praises of songs that narrate, so the music and the analysis get together, load their trucks, burn their notebooks, and change their hairstyles. This is one of those abilities that mystifies and humbles me: I don’t know how Lethem does it. I can only absorb it admiringly and, as with great music, enjoy its ineffability and my own incapacity to understand how he does it. Ironic, because Lethem’s Fear of Music is kind of about that: Lethem’s still-adolescent fumbling, joyful, jerky, melancholy, intense, searching, desperate, weary and inspired attempt to come to terms with his inability to understand Fear of Music and, at the same time, his inability not to at least TRY. Maybe that’s why some people didn’t like it? Too naked, too honest, too raw—like Fear of Music the album, Fear of Music the book offers no comfort or solace besides the comfort and solace of forgoing comfort and solace: “I ain’t got time for that now.”
Fear of Music has been my favorite album for thirty years. My favorite song was Heaven, which is about a bar where they play your favorite song, all night long. (How’s that for an infinity loop?) I had never read anything else by Lethem before I read his little book. It did not disappoint, which in itself is about as likely as a party where everyone leaves at exactly the same time. Lethem writes like a building on fire, like he’s flat on his back, with no regrets, like he’s a little freaked out, like he’s charged up, like he’s got it figured out, like he doesn’t know what he’s talking about, like there’s a party in his mind, like he’s inside a dry ice factory.
It’s a good place. He gets his thinking done.
This is the book I read. 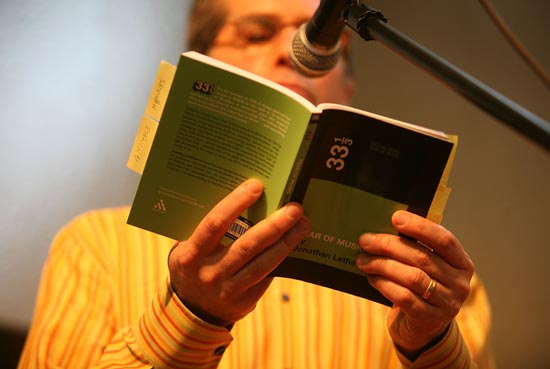 Posted by Corina Becker at 9:09 PM

The Submission Form for ASDay 2019 is now up! Please follow this link.

If you have phobias, PTSD or are triggered by subjects, please see the Content Filter Lists page above to access safe options. If there is content that you feel needs to be under a Trigger Warning, please don't hesitate to inform us; we want ASDay to be as safe as possible for everyone.